Today, May 2, it is always celebrated as National Education Day (HARDIKNAS) in Indonesia. One of the things that cannot be released in the world of education is books.

Books, as a form of recording method, make all knowledge can be documented. The book also became a milestone in the development of writing and various other inventions such as paper, ink, to printing.

However, actually, when did books exist?

Tracing the history, books that we know today started from inscription tablets, scrolls, to papyrus sheets. Furthermore, the palm leaf bound also appeared as an ancient manuscript and then developed into a book today.

In its long history, one of the first writing documentation methods is clay tablets. This object was used in Mesopotamia in the 3rd millennium BC.

To write on clay tablets, people carve them while the tablet is still wet and has just been formed. Furthermore, tablets that have been given writing will be burned to dry them.

Just like books today, 20,000 tablets were found as archives in the Assyrian royal library in the 7th century BC. Until the 19th century, tablets were still used in various parts of the world.

However, the first form of documentation that resembled paper was roll. In ancient Egypt, one of the first book formats was scrolls.

This object is a manuscript which is rolled up and made of Papyrus plants. Unfortunately, the material from papyrus plants easily cracks and makes writing documentation is damaged. But writing on papyrus cannot be careless.

The writing recorded on this object is the scripture. 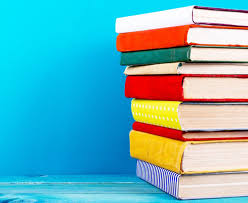 This is evident from many papyri texts originating from graves, places of prayer, and storing other sacred texts. Papyrus itself is the first evidence of ancient Egyptian royal books.

Before getting to know paper, people also noted various things on animal bones, shells, wood, to silk fabrics. This was common in China in the 2nd century BC.

This habit stopped when paper began to be discovered in the first century AD. The first book printing began around 618 to 907 AD in China.

The oldest book that still exists today is the work titled Sutra Diamonds from 868 AD. The work is printed by the wooden block method, which is when the text to be printed is carved on the wood surface.

Unfortunately, this process takes a long time. Nevertheless this marked the development of book printing in the world.

After using wooden blocks, the Chinese also tried to use clay molds. But, this mold could break.

To avoid that, Koreans began to develop bronze molds. Although the Korean way is considered the best, but the spread of book printing to the world began by Johannes Gutenberg.

In 1450, Gutenberg used his metalworking skills to design a more methodical printing press. The Gutenberg Bible was the first book mass produced by him without being copied by hand.

With the invention of the printing press, literacy began to develop. Books began to become popular references for further learning.

Furthermore, books are printed according to market demand.

Now, printed books are starting to switch to another format, digital. Using this digital mode makes it easy to access and reduces paper usage.